Nashville, Tenn. — Simon is partnering with Adventurous Journeys Capital Partners (AJ Capital Partners) to develop a new 300,000-square-foot outlet mall in Nashville. The location and name weren’t disclosed, but the property will be situated on the south side of the city and will be branded under Simon’s Premium Outlet concept. Simon and AJ Capital plan to break ground on the project in 2023. In addition to the Nashville outlet mall, Simon also recently announced new outlet malls coming to Los Angeles, Tulsa and New York. The new development will complement Simon’s Nashville holdings The Mall at Green Hills and Opry Mills. AJ Capital’s local projects include hotels Thompson Nashville, Soho House Nashville and Graduate Nashville, as well as a 23-acre project that the developer is underway on in the city’s Wedgewood-Houston neighborhood. Simon and AJ Capital’s project isn’t the only outlet mall coming to Nashville. Tanger Factory Outlets Center recently broke ground on Tanger Outlets Nashville, a 290,000-square-foot mall that is slated to open in fall 2023. 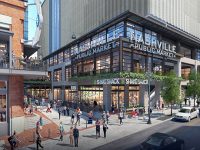 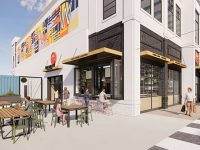 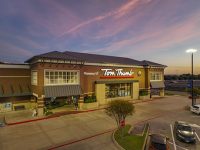