Brian LearyCharlotte, N.C. – Brian Leary has been named president of Crescent Communities’ commercial and mixed-use group. Leary joins Crescent from Jacoby Development, where he oversaw the design and development of Atlantic Station, an urban brownfield redevelopment project. Leary has also served as the president and CEO of Atlanta BeltLine Inc., the organization planning and implementing the BeltLine, another Atlanta redevelopment project. He assumes the duties of Whit Duncan, who has taken the helm of the land sales group at Crescent. 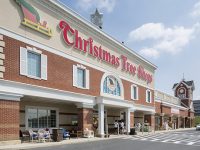 Miami Beach, Fla. – Two of the properties have already received Historic Preservation Board approval for expansions.

Mesquite, Texas – The shopping center was 80 percent leased at the time of the sale to tenants including anchors Burlington Coat Factory and Ashley Furniture.