Chicago — Illuminarium Experiences, an experiential entertainment company, has unveiled plans to open an Illuminarium at Chicago’s Navy Pier. The 32,000-square-foot entertainment venue, which combines projections and soundscapes to create virtual reality-like exhibits, will be situated inside the former Crystal Gardens venue. This is the fourth Illuminarium location announced in the U.S., following Atlanta, Miami and Las Vegas. The company plans to add dozens of its immersive experience venues in major cities across the globe over the next five years. In Chicago, architecture firms Rockwell Group and Perkins & Will have begun the design of the new location. Illuminarium plans to invest more than $30 million in the redevelopment of Navy Pier. Construction is expected to begin in early to mid-2022, with completion slated for one year after. At Navy Pier, Illuminarium’s inaugural spectacle will be “Wild: A Safari Experience.” The concept showcases Africa’s most exotic animals in their natural habitats via cinematic content shot by RadicalMedia. Following “Wild” will be “Spacewalk,” a journey through the solar system. Viewers will experience what it’s like to walk on the surface of the moon and Mars. Additionally, guests will enjoy The Bar at Illuminarium, designed and developed by the LAB at Rockwell Group. Projection and audio systems will surround guests in various settings while they eat and drink. 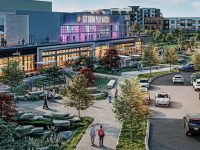 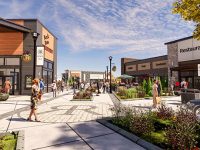