Plano, Texas — Ron Johnson is stepping down as CEO after less than 18 months.

Plano, Texas — After less than 18 months, Ron Johnson is stepping down as CEO of JC Penney. He is being replaced by Mike Ullman, who previously served as CEO of the company from 2004 to 2011 before Johnson replaced him.

Johnson was brought in to turn around the struggling company. Previously the senior vice president of retail for Apple, Johnson introduced several efforts including a redesigned store logo, new store design and, most notably, new pricing that eliminated sales in favor of everyday discounts.

The changes failed to right the ship. JC Penney reported a $552 million loss in its fourth quarter 2012 conference call and a drop in share value of $2.51.

“While JC Penney has faced a difficult period, its legacy as a leader in American retailing is an asset that can be built upon and leveraged,” said Ullman in a press release. “To that end, my plan is to immediately engage with the company’s customers, team members, vendors and shareholders to understand their needs, values and insights. With that knowledge, I will work with the leadership team and the board to develop and clearly articulate a game plan to establish a foundation for future success.” 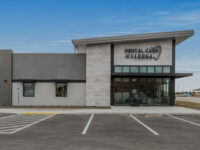 Launched in 2012, the new format leasing events have taken off and are spreading to new markets this year.

Fresno, Calif. — The Target-anchored Marketplace at El Paseo will open in May 2014.