The initial phase of the project will include a 460,000-square-foot regional headquarters for Nationwide Insurance as well as 1,600 apartment units, retail and restaurants, two hotel sites and a six-story parking structure. Groundbreaking for Phase I is slated for next year.

The walkable development will include sidewalks, bike paths, green spaces and community gathering places. The project will feature an infrastructure investment of approximately $30 million for new roads, sidewalks and flood mitigation improvements. Cavasson will be located along Loop 101, at the southwest corner of Hayden Road and Legacy Boulevard.

“This is the best undeveloped site in the region,” says Brian Ellis, president and COO of Nationwide Realty Investors. “It has tremendous visibility, great connectivity to amenities and services, and outstanding access.”

The regional headquarters building for Nationwide Insurance will house approximately 2,200 employees. Nationwide plans to move its team into the new building in late 2020.

In September, Nationwide Realty Investors purchased the 134-acre site for the project at a state auction. Proceeds from the purchase went to the Permanent Land Endowment Trust Fund, which is designated for the benefit of Arizona K-12 public education.

Nationwide Realty Investors will own Cavasson in partnership with Grayhawk Development. The Nationwide building and other components of the first 30 acres of the development are slated for completion in 2020. 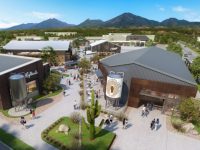 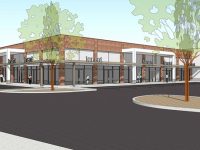 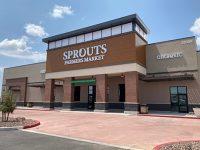 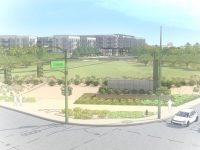 Capital One to Open First Café Location in Arizona at Scottsdale Fashion Square May 15, 2019

Five Star to Develop The Palmeraie Mixed-Use Project Adjacent to $2B Ritz-Carlton Development in Scottsdale May 5, 2016

RCP Cos. to Develop $300 Million Mixed-Use Project in South Atlanta

Summerville, S.C. — Nexton and RealtyLink Commercial have announced a list of 22 tenants that will occupy Nexton Square, a shopping center in Summerville that is set to open this summer.