Conyers, Ga. — Tri-Land Properties Inc. has begun construction on the overhaul of Salem Gate Market, a 253,000-square-foot, grocery-anchored shopping center located 25 miles southeast of Atlanta in Conyers. The multimillion-dollar redevelopment will include a 55,000-square-foot Hobby Lobby, 20,000-square-foot Northern Tool + Supply, a 103-room hotel and an Allure Nail & Spa. Tri-Land is rebuilding Salem Gate in a public-private partnership with the city of Conyers. Salem Gate is the first project underway as part of the Conyers Gateway Village District, the product of a new zoning ordinance adopted by the City of Conyers in 2016. In February, the city approved a new Tax Allocation District designation allocating future tax revenues to repay Tri-Land for its infrastructure improvement costs. The metro Chicago-based developer plans to announce additional tenants in the family fashion, sporting goods and value retail segments in the near future. Salem Gate is expected to open in early summer 2020. 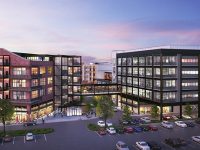 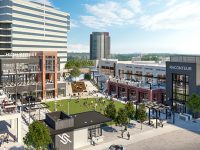 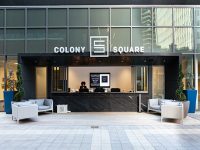 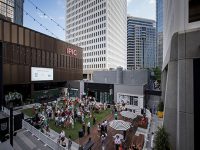