As the new year approaches, many are wondering if the sheer volume of loans maturing in 2015 and continuing into 2016 will have an impact on retail and retail owners.

As the new year approaches, many are wondering if the sheer volume of loans maturing in 2015 and continuing into 2016 will have an impact on retail and retail owners. With the substantial increase in maturities expected to reach more than $340 billion per year for the next two years, retailers and owners of retail properties are asking: Is this something we should be concerned about?

In short, the answer is no. Improving market fundamentals, strong availability of capital, and favorable rates are combining to produce a healthy retail climate that is projected to grow stronger over the next two years. That said, it is important for retailers and retail owners to remain aware of the key elements that will affect this financing climate in 2015 and beyond.

While predicating the impact of the upcoming “maturing loan boom” is not a foolproof process, MetroGroup Realty Finance’s 38-year history of providing financing for retail centers helps us to understand which factors will play the largest role in this next financing cycle. These factors include:

Current market fundamentals indicate that retail is on the rise. This is evident through the growth in the national employment rate, which increased by 1.7 percent this year alone, as well as the overall increase in personal income, which is up by 3.9 percent. Retail occupancy is also up throughout the nation, and retail sales have increased by 4.2 percent.

The culmination of all of these factors creates an environment where retail centers become more desirable to tenants, enabling owners of retail properties to recruit strong, long-term tenants. This, in turn, adds value to retail centers and leads to a healthy retail landscape.

Overall, we’ve found that the most successful retail owners consider their relationships with tenants more akin to a partnership than anything else. These landlords provide tenants with an environment that provides good identity, access, safe secure space and marketing programs. Retailers look for landlords who are well-capitalized, appropriately leveraged and who continue to maintain and reinvest in their properties. By paying attention to these key elements, landlords and tenants will be able to work together and build lasting relationships as the market continues to evolve.

As the retail market continues to strengthen in 2015, there will be ample capital sources available to accommodate the growing number of loans expected to mature over the next two years. The fact is, the positive indicators in retail create less uncertainty within the market, which means that lenders are more comfortable with retail investments.

From the capital side, we have already seen increased allocations from portfolio lenders year over year, and we recognize that the CMBS market is both stable and attractive. Based on these factors, we expect an ample supply of capital to meet the increased demand for the loans set to mature in 2015 and 2016.

While many anticipate that interest rates will rise in 2015, the fact is that an increase is not likely to be significant enough to impact loans maturing in 2015.

The maturing loans creating this peak were written in 2005 and 2006. At that time, the ten-year treasury was in the mid-4 percent range, and rates ranged from low-5 percent to high-5 percent.

By contrast, today’s ten-year treasury is in the low- to mid-2 percent range, and loans on retail properties are being written in the 4 percent range. This indicates that, even if interest rates slowly rise in 2015, borrowers will be achieving a lower interest rate now than when their initial loan was originated.

While we do believe rates in 2015 and 2016 will increase, we also expect that debt yields and debt-coverage ratios will be adequate enough to provide loan amounts that are sufficient to retire these maturing balances.

The bottom line is, while the staggering volume of loans maturing in the coming year presents some uncertainty for retailers and retail owners, all market factors indicate that retail is strengthening. As 2015 approaches, the retail market appears to be healthy and growing. Retail owners and tenants who take notice of these factors will be well-positioned for growth in the coming year.

— Patrick Ward is the founder of MetroGroup Realty Finance, a private Newport Beach, California-based mortgage banking company that specializes in providing capital advisory and mortgage banking services for properties throughout Southern California. Contact him at pward@metrogroupfinance.com.

Reinventing the Mall by Understanding and Adapting to Evolving Consumer Behavior October 17, 2014

Urban Tales: Why Retail Development is Shifting Away from the ‘Burbs April 21, 2014

Omnichannel Marketing is Crucial for Brands and Stores April 21, 2014 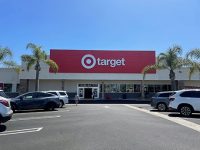 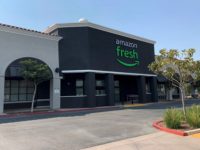 The Irvine Company’s iconic Fashion Island has added more than 40 new tenants and expanded to enhance its retail oasis. By Randall Shearin

Los Angeles – Two of the properties, Harbor Place and Plaza Alicia, were refinanced with a 10-year term and a 30-year amortization.

A New Era For California Retail

Developers and retailers are embracing new retail concepts to meet the demands of customers.