New York City — HSBC Holdings has announced plans to exit its U.S. mass-market retail banking business through the sale of 90 of its 148 domestic branches.

HSBC will retain 20 to 25 of its existing physical locations in the U.S., which will be repurposed into international wealth centers. These branches will focus exclusively on the banking and wealth management needs of high-net-worth clients. These centers will be located in cities such as New York, Washington, D.C., San Francisco, Seattle, Los Angeles and Miami, according to reports by The Wall Street Journal.

Citizens Bank has agreed to purchase the company’s mass-market and retail-business-banking operations on the East Coast, which includes 80 branches and approximately 800,000 customers. The company will also purchase HSBC’s online banking portfolio. Together, both portions of the business had a combined total of $9.2 billion in deposits and $2.2 billion worth of outstanding loans at the end of March.

Cathay Bank will acquire the company’s mass-market and retail-business-banking operations on the West Coast, which includes 10 branches and approximately 50,000 customers with $1 billion in deposits and $800 million worth of outstanding loans as of the end of March.

Both transactions are expected to close by the end of the first quarter of 2022. Terms of those sales were not disclosed. The company said it would “wind down” the remaining 35 to 40 locations, noting that they could not be sold or repurposed, but did not specify what a “wind down” entails.

“We are pleased to announce the sale of the domestic mass market of our U.S. retail banking business,” says Noel Quinn, group chief executive of HSBC. “They are good businesses, but we lacked the scale to compete. Our continued presence in the U.S. is key to our international network and an important contributor to our growth plans. This next chapter of HSBC’s presence in the U.S. will see the team focus on our competitive strengths, connecting our global wholesale and wealth management clients to other markets around the world.”

London-based HSBC established a large banking presence in the U.S. during the 1980s and 1990s, according to reports by The Wall Street Journal, first through the acquisition of Marine Midland Bank and later Republic New York Corp. In 2011, the company closed 500 retail branches across the U.S. 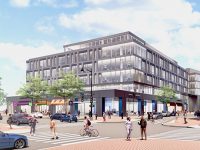 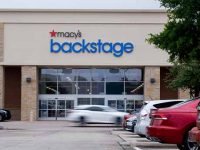 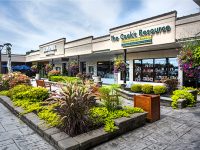 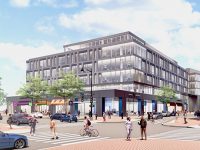