Chicago — Chicago-based Puttshack, an indoor mini golf venue, has completed a growth capital round of $150 million from funds managed by BlackRock and continued support from Promethean Investments. The new funding will support Puttshack’s rapid growth strategy across the United States.

New venues in Boston and Miami are scheduled to open this fall, followed by one in St. Louis this winter. Additional locations in Dallas, Denver, Houston, Nashville, Philadelphia, Pittsburgh and Scottsdale, plus a second location in Atlanta, are all slated to open in 2023. Additional U.S. locations will be announced soon, according to the company.

Puttshack says the latest round of funding enables the team to continue securing unique and desirable real estate opportunities as it expands into more top markets.

The company first introduced its tech-driven mini golf game in 2018 with the opening of the first location in London. Currently, Puttshack operates two locations in the United States and four in the United Kingdom.

Puttshack’s patented Trackaball technology is integrated throughout the entire game, including automated scoring, bonus points opportunities and interactive games at each hole. Puttshack also offers a dining menu and drinks.

“As the global leader in the emerging and growing market of competitive socializing, we have found immense success since opening our first two U.S. venues in Atlanta and Chicago last year,” says Logan Powell, group CFO of Puttshack. “This new capital from BlackRock will allow us to further expand and bring our one-of-a-kind concept to more cities across the country.” 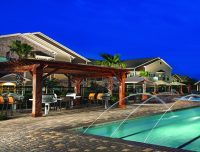 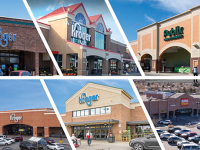