Campbell, Calif. — Regency Centers Corp. has acquired the retail component of The Pruneyard, a 27-acre mixed-use development in Silicon Valley that dates back to 1969. The Jacksonville, Florida-based shopping center owner and developer purchased the property from a joint venture between Ellis Partners and investment funds managed by an affiliate of Fortress Investment Group LLC for $212.5 million.

Situated in Campbell near State Route 17, The Pruneyard’s 258,000-square-foot shopping center is anchored by Trader Joe’s. The site was formerly a pear and prune orchard before the Brynteson family sold it in 1966, according to the Silicon Valley Business Journal.

The recently renovated development also features three office towers spanning 365,000 square feet and a 171-room DoubleTree by Hilton hotel that were not part of the transaction.

Bryan Ley and Eric Kathrein of HFF represented the sellers in the transaction. San Francisco-based Ellis Partners is retaining a minority interest in the new ownership and will continue to provide operating services for The Pruneyard’s retail component.

“We are grateful to the Fortress team for their partnership over the last five years,” says Melinda Ellis Evers, managing principal for Ellis Partners, which originally purchased The Pruneyard in 2014 from Equity Office Properties for $280 million.

Regency Centers currently owns and operates 28 properties within the Bay Area, including The Pruneyard. 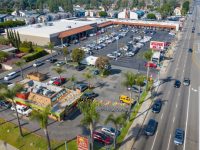 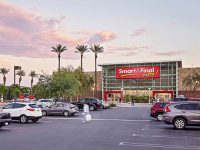