Dallas — Dave & Buster’s (NASDAQ: PLAY) reported an 85 percent drop in total revenue for the second quarter relative to that period a year, prompting several media organizations, including The Wall Street Journal, to report that bankruptcy filings may be imminent. Comparable store sales decreased by 87 percent during the second quarter, which saw the Dallas-based entertainment chain gradually reopen its venues. About 90 of Dave & Buster’s 137 locations are currently open for business across 27 states. Multiple news outlets, including The New York Post, have also reported that Dave & Buster’s could soon be issuing a massive round of layoffs that could affect more than 2,000 employees. The company’s stock price opened at $15.68 per share Monday, Sept. 21, down from $41.35 per share a year ago. 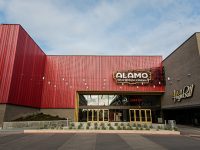 Studio Movie Grill to Open This Week at Shops at Chisholm Trail Ranch in Fort Worth August 25, 2020

Atlanta and Calabasas Hills, Calif. — Roark Capital Group, a private equity firm based in Atlanta, has invested $200 million in The Cheesecake Factory Inc., owner and operator of the chain of restaurants of the same name. The Calabasas Hills-based

Bentonville, Ark. and Atlanta — Retailers Walmart and The Home Depot have reported increased sales during their respective first quarters. Bentonville-based Walmart, which operates on a fiscal year calendar running from Feb. 1 to Jan. 31, reported a spike of

Framingham, Mass. — TJX Cos., the Framingham-Mass.-based parent company of T.J. Maxx, HomeGoods and Marshalls, has closed all stores under its brands for two weeks in response to the coronavirus outbreak, according to a statement from company CEO and president